2/3 Salon Talk: On Improvisation and Collaboration

7 PM
[Please note: the date of this event has been changed from the originally communicated date of 25.1.23]

The S AM’s winter exhibition, ‘Make Do With Now: New Directions in Japanese Architecture’ (12 November 2022 – 12 March 2023) shines a light on a younger, lesser-known generation of Japanese architects and urban practitioners who are developing a range of critical, ecological, and social practices that creatively ‘make do’ – with limited resources, with found materials, with existing spaces – while seeking appropriate responses to the urgent problems of the present. To coincide with the exhibition, the S AM is collaborating with LINA, the European architecture platform, to organize a series of informal talk events bringing protagonists from this burgeoning scene into dialogue with practitioners from the European context. Each event, which will take place in the workspace of a young practice based in Basel, brings together three practitioners working on similar themes in different locations: one from Japan, one the EU, and one from Switzerland. Short presentations of their work will be followed by an open-format discussion in which members of the audience are actively encouraged to take part.

The second talk in the series focuses on the topic of improvisation and collaboration in architecture. To improvise is to work with what is there. To let the circumstances guide the design and the process, rather than a predetermined vision. Like in a jazz ensemble, ideas are developed spontaneously in response to other actors, picked up, riffed upon, translated and developed further. To improvise is to engage in dialogue: with others, with materials, with places.
The three featured groups are each, in their own way, engaged in the articulation of an architectural practice that incorporates elements of improvisation. What potentials and challenges does this approach hold? In a discipline that privileges meticulous planning, what does it mean to relinquish control and give oneself over to spontaneity?

In cooperation with LINA, co-funded by the Creative Europe Program of the European Union

Find out about the benefits of a S AM membership. 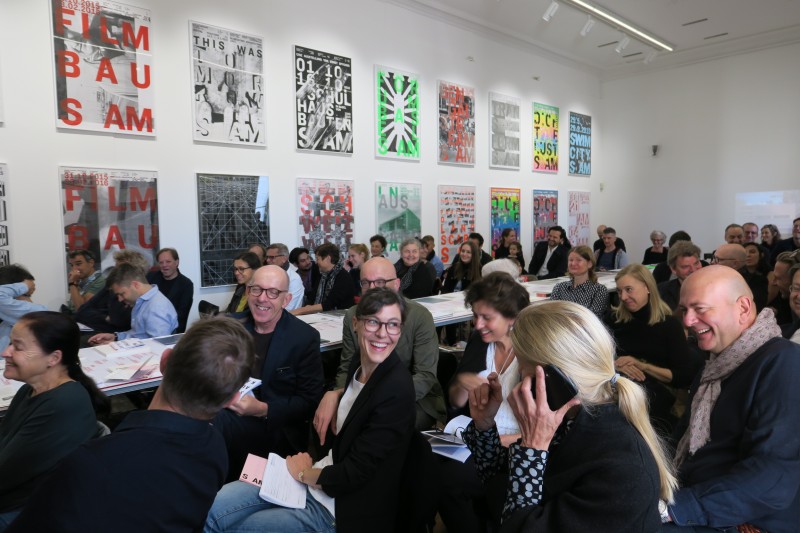 Find out about the benefits of a S AM sponsorship.